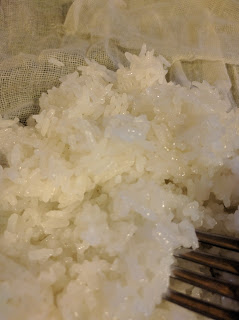 I posted about rice cooking methods a little while ago, with mixed success, but I think I've got it down now.  The secret?

Soak the rice overnight.
I had initially thought that I could measure hydration of the rice by how much it expanded, and since it's done expanding after about an hour or so I stopped soaking there.  But what a difference soaking overnight makes!

Soaking didn't seem to affect the millet much, which might be why Qimin Yaoshu says to steam it twice.  It's also probably why I didn't have as much trouble with millet wines.
I tried steaming a second time since I was steaming the millet anyway, and poured a little bit of cool water over the rice and millet before returning it to the steamer.  The rice was 100% cooked throughout, as was the millet, although the millet feels a bit dry to the touch. 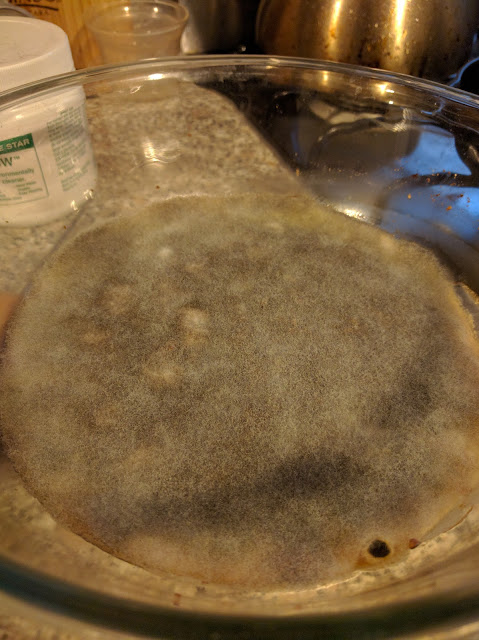 I'm trying to get a short wine recipe to work, but it's tricky.

One of the problems is how long to incubate the yeast cakes before using them.  The recipe says:


浸麴發如魚眼湯。 Soak the yeast cakes until they bubble with bubbles the size of fish eyes.
And so I waited for bubbles.  They never came, and one day when I checked on the brew...
Sadness.  It's covered in a slick of fungus.