By Alec Story - December 15, 2015
I said I'd make these after Christmas, but schedules be damned, I'm going to do it early.

Earlier I posted the close translation of the first of the exceptional yeast cake recipes.  I'll redact it below, but since this is before making it I might need to come back with some changes and some refinements.

Before we start, though, I want to post a warning:

Most alcohol production is pretty safe.  There are very few microbes that can grow in the acidic, alcoholic, nutrient-poor environment that is fermented wine, beer or what have you, and also cause you ill.  Yeast does a really good job at turning unfermented liquid into fermented liquid, so the window for spoilage that could cause illness is very small.  Pretty much nobody worries about food safety when it comes to fermenting wine or beer at home. (1)

However.  This recipe is a deliberate infection of grain with molds without the presence of alcohol.  It is entirely possible that molds which produce toxins may grow on the grain.  I'm taking that risk on myself, and I will be the first one to drink the wine I produce.  If you follow my recipe on your own, be aware of that risk.  I would in particular avoid drinking wine produced with home-grown starters if you're immunocompromised.

Makes 3 pounds of yeast cakes, scale as appropriate.  Original recipe is for 30L

And here's me getting started: 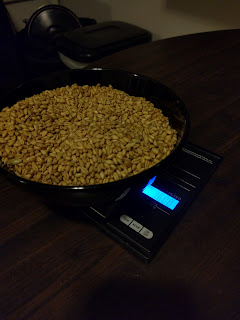 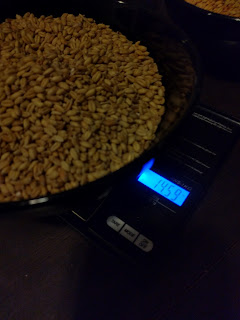 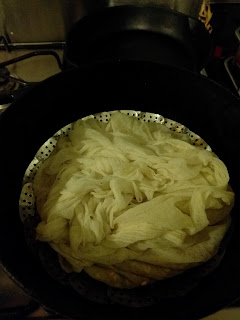 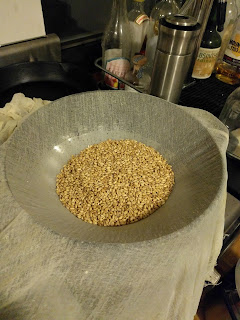 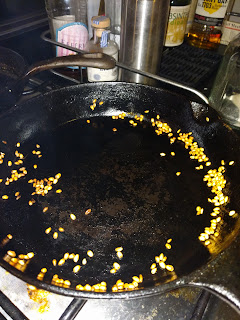 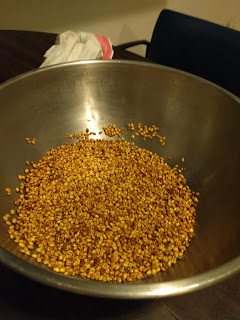 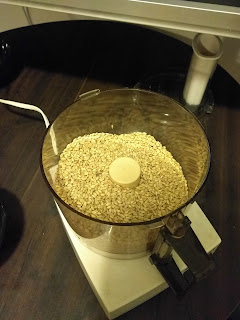 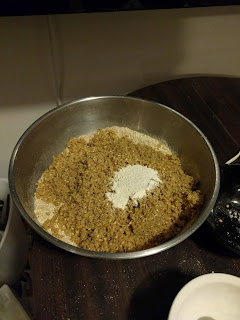 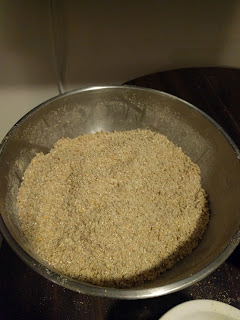 In about a month these should be ready... just in time to make some wine for King's and Queen's Arts and Sciences in February.